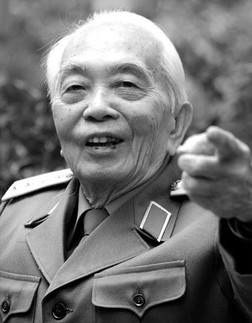 For America, Life Was Cheap in Vietnam
By NICK TURSE


OBITUARIES of Vo Nguyen Giap, the Vietnamese general who helped drive the American military from his country, noted, as The New York Times put it, that “his critics said that his victories had been rooted in a profligate disregard for the lives of his soldiers.”

Gen. Vo Nguyen Giap, Who Ousted U.S. From Vietnam, Is Dead (October 5, 2013)
.The implication is that the United States lost the war in Vietnam because General Giap thought nothing of sending unconscionable numbers of Vietnamese to their deaths.

Yet America’s defeat was probably ordained, just as much, by the Vietnamese casualties we caused, not just in military cross-fire, but as a direct result of our policy and tactics. While nearly 60,000 American troops died, some two million Vietnamese civilians were killed, and millions more were wounded and displaced, during America’s involvement in Vietnam, researchers and government sources have estimated.

Enraged, disgusted and alienated by the abuse they suffered from troops who claimed to be their allies, even civilians who had no inclination to back our opponents did so.

Now, four decades later, in distant lands like Pakistan and Afghanistan, civilians are again treating the United States as an enemy, because they have become the collateral damage of our “war on terror,” largely unrecognized by the American public.

In more than a decade of analyzing long-classified military criminal investigation files, court-martial transcripts, Congressional studies, contemporaneous journalism and the testimony of United States soldiers and Vietnamese civilians, I found that Gen. William C. Westmoreland, his subordinates, superiors and successors also engaged in a profligate disregard for human life.

A major reason for these huge losses was that American strategy was to kill as many “enemies” as possible, with success measured by body count. Often, those bodies were not enemy soldiers.

To fight its war of attrition, the United States declared wide swaths of the South Vietnamese countryside to be free-fire zones where even innocent civilians could be treated as enemy forces. Artillery shelling, intended to keep the enemy in a state of constant unease, and near unrestrained bombing slaughtered noncombatants and drove hundreds of thousands of civilians into slums and refugee camps.

Soldiers and officers explained how rules of engagement permitted civilians to be shot for running away, which could be considered suspicious behavior, or for standing still when challenged, which could also be considered suspicious. Veterans I’ve interviewed, and soldiers who spoke to investigators, said they had received orders from commanders to “kill anything that moves.”

“The Oriental doesn’t put the same high price on life as does the Westerner,” Westmoreland famously said. “Life is plentiful, life is cheap in the Orient.”

Having spoken to survivors of massacres by United States forces at Phi Phu, Trieu Ai, My Luoc and so many other hamlets, I can say with certainty that Westmoreland’s assessment was false.

Decades after the conflict ended, villagers still mourn loved ones — spouses, parents, children — slain in horrific spasms of violence. They told me, too, about what it was like to live for years under American bombs, artillery shells and helicopter gunships; about what it was like to negotiate every aspect of their lives around the “American war,” as they call it; how the war transformed the most mundane tasks — getting water from a well or relieving oneself or working in the fields or gathering vegetables for a hungry family — into life-or-death decisions; about what it was like to live under United States policies that couldn’t have been more callous or contemptuous toward human life.

Westmoreland was largely successful in keeping much of the evidence of atrocities from the American public while serving as Army Chief of Staff. A task force, known as the Vietnam War Crimes Working Group, operating out of his Pentagon office, secretly assembled many thousands of pages of investigative files about American atrocities, which I discovered in the National Archives.

Despite revelations about the massacre at My Lai, the United States government was able to suppress the true scale of noncombatant casualties and to imply that those deaths that did occur were inadvertent and unavoidable. This left the American public with a counterfeit history of the conflict.

Without a true account of our past military misdeeds, Americans have been unprepared to fully understand what has happened in Afghanistan, Pakistan, Yemen and elsewhere, where attacks on suspected terrorists have killed unknown numbers of innocent people. As in Vietnam, officials have effectively prevented the public from assessing this civilian toll.

We need to abandon our double standards when it comes to human life. It is worth noting the atrocious toll born of an enemy general’s decisions. But, at the very least, equal time ought to be given to the tremendous toll borne by civilians as a result of America’s wars, past and present.

Nick Turse is a historian and journalist and the author of “Kill Anything That Moves: The Real American War in Vietnam.”