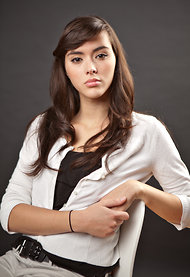 A growing number of United States citizens have been detained under Obama administration programs intended to detect illegal immigrants who are arrested by local police.

In a spate of recent cases across the country, American citizens have been confined in local jails after federal immigration agents, acting on flawed information from Department of Homeland Security databases, instructed the police to hold them for investigation and possible deportation.

Americans said their vehement protests that they were citizens went unheard by local police and jailers for days, with no communication with federal immigration agents to clarify the situation. Any case where an American is held, even briefly, for immigration investigation is a potential wrongful arrest because immigration agents lack legal authority to detain citizens.

“I told every officer I was in front of that I’m an American citizen, and they didn’t believe me,” said Antonio Montejano, who was arrested on a shoplifting charge last month and found himself held on an immigration order for two nights in a police station in Santa Monica, Calif., and two more nights in a teeming Los Angeles county jail cell, on suspicion he was an illegal immigrant. Mr. Montejano was born in Los Angeles.

This year the immigration agency has been rapidly extending its leading deportation program, known as Secure Communities, with a goal of covering the whole country by 2013. Under that program, fingerprints of every person booked at local jails are checked against Department of Homeland Security immigration databases. If the check results in a match, federal immigration agents can issue detainers, asking local law enforcement authorities to hold a suspect for up to 48 hours.

Detentions of citizens are part of the widening impact on Americans, as well as on immigrants, of President Obama’s enforcement strategies, which have led to more than 1.1 million deportations since the beginning of his term, the highest numbers in six decades.

John Morton, the director of Immigration and Customs Enforcement, said the agency gave “immediate and close attention” to anyone who claimed to be a citizen.

“We don’t have the power to detain citizens,” Mr. Morton said in an interview on Tuesday. “We obviously take any allegation that someone is a citizen very seriously.”

Exact numbers of Americans erroneously held by immigration authorities are hard to come by, since they are not systematically recorded. In one study, 82 people who were held for deportation from 2006 to 2008 at two immigration detention centers in Arizona, for periods as long as a year, were freed after immigration judges determined that they were American citizens.

“Because of the scale of enforcement, the numbers of people who are interacting with Immigration and Customs Enforcement are just enormous right now,” said Jacqueline Stevens, the study’s author and a political science professor at Northwestern University in Evanston, Ill.

Ms. Stevens has concluded that “a low but persistent” percentage of the nearly 400,000 people held for deportation each year are citizens.

One was Mr. Montejano, when a holiday shopping outing on Nov. 5 to a Los Angeles mall with his four children ended badly. After his young daughter begged for a $10 bottle of cologne, Mr. Montejano said, he inadvertently dropped it into a bag of things he had already bought. As he left the store, he was arrested.

With no prior criminal record, Mr. Montejano, 40, expected to post bond quickly at the Santa Monica police station on the misdemeanor charge and go home. He had his driver’s license and other legal identification, but because of an immigration detainer he was denied bail and held even after a criminal court judge canceled his fine and ordered the police to let him go.

“Just because I made one mistake,” Mr. Montejano said, “I don’t think they should have done all those things to me.”

He said he thought the police did not believe he was an American because of his appearance. “I look Mexican one hundred percent,” he said.

Mr. Montejano had triggered a positive match in the Homeland Security Department databases, A.C.L.U. lawyers discovered, because immigration officials had failed once before to recognize his citizenship, mistakenly deporting him to Mexico in 1996. His records were not corrected.

An American college student, Romy Campos, was also trapped in a California jail last month for four days on an immigration detainer. After her Nov. 12 arrest in Torrance on a minor misdemeanor charge, Ms. Campos, 19, was denied bail and transferred to a Los Angeles County jail. A public defender assigned to her in state court said there was nothing he could do to lift a federal detainer.

“Can’t they see in my file or something that I’m a citizen?” Ms. Campos said she asked him. “He said: ‘I’m sorry, but this is state court. I can’t do anything about it.’ ”

After four days, Ms. Campos was released, soon after Jennie Pasquarella, an A.C.L.U. lawyer, provided her Florida birth certificate to the immigration agency.

Ms. Campos said the experience was shocking. “I felt misused completely, I felt nonimportant, I just felt violated by my own country,” she said.

United States citizens can also be tagged in a Secure Communities fingerprint check because of flukes in the department’s databases. Unlike the federal criminal databases administered by the F.B.I., homeland security records include all immigration transactions, not just violations. An immigrant who has always maintained legal status, including those who naturalized to become American citizens, can still trigger a fingerprint match.

According to Margaret Stock, an immigration lawyer in Alaska, under the nation’s complex citizenship laws, many foreign-born people become Americans automatically, through American parents or adoption. Often their citizenship is not recorded in homeland security databases, Ms. Stock said.

Other cases of possibly illegal detentions of citizens have been recently reported in Allentown, Pa., Indianapolis and Chicago.

I.C.E. agents generally cancel detainers immediately when they determine the suspect is a citizen. In no recent cases was an American placed in deportation.

But Ms. Stevens cautioned: “It’s sort of like the canary in the mine. If those who have the full due process rights of U.S. citizens are being detained, it tells us a lot about potentially unlawful people who do not have those protections.”