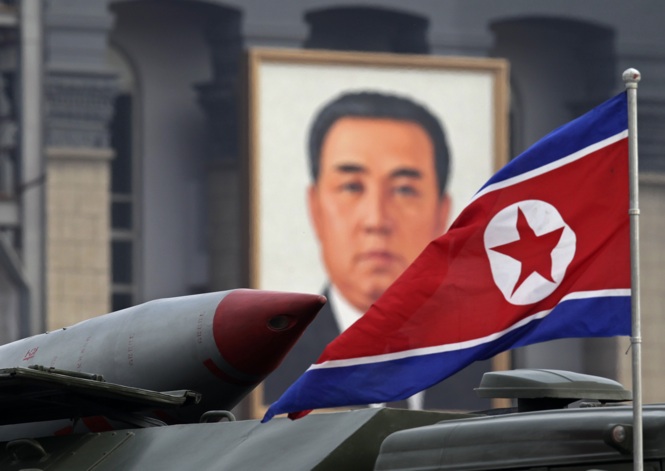 by Evan A. Feigenbaum


Just over a week into the Korea crisis, the constraints on retaliation by Seoul and Washington have become increasingly apparent. Both fret that Pyongyang lacks escalation control and remain (deeply) anxious about the consequences of a tit-for-tat escalation.

To my mind, at least, events of the past week have mostly underscored the basic calculations of the main parties:

North Korea is prone to provocative behavior, in large part for domestic reasons. But the North has been emboldened because its closest partner, China, has sought to rationalize Pyongyang’s actions, caveat its entreaties to Pyongyang for “restraint,” and shield the North from retaliation. This has almost certainly made North Korea more prone to act provocatively since its actions have invited few consequences from its principal benefactor.  Indeed, Chinese diplomacy since last week has struck a mostly even-handed tone, calling for restraint by all parties while hinting that China views US and South Korean military displays, not just North Korean artillery strikes, as provocative. This context shapes North Korea’s cost/benefit calculations:  Since it has been given few disincentives to do otherwise, the North will continue to challenge South Korea around the Northern Limit Line and engage in other provocations.

By contrast, Seoul is more constrained. President Lee Myung-bak is under intense domestic pressure to further loosen the South’s military rules of engagement. And some in South Korea seem to be itching for a rematch, not least because the military performed poorly in last week’s confrontation.  But Seoul remains more cautious in deed than word.  The rhetoric has sharpened.  Lee replaced his defense minister.  The South Korean military now has greater license to shoot back.  But the central problem for Seoul remains structural:  Weakness could invite additional North Korean provocation, but striking peninsular North Korean targets could invite rapid and very consequential escalation.

In practice, then, I suspect Seoul will seek to preserve a ladder of escalation in its future responses to North Korean actions: (1) firing at North Korean vessels offshore, as in the past; (2) discrete and limited counterbattery responses to specific sources of North Korean artillery fire; and (3) weighing a wider counterbattery target package only in extremis.  And that  innate conservatism reflects South Korea’s own cost/benefit calculus.  The South, having built something over the last forty years, has everything to lose. Short of war, North Korea benefits more from escalation.  So Seoul will remain risk-averse.  Put bluntly, Seoul is certain to respond to a repeat performance by North Korea, but the scope and scale of its response will remain constrained.  At most, Seoul will respond proportionately. More likely, it will respond conservatively.

What now?  As I argued in my last post, the North has plenty of options for additional provocations, including a third nuclear test, another long-range missile test, or conventional attacks beyond the NLL.  But further conventional attacks would be especially destabilizing:  they would raise questions about whether the conventional deterrence that has kept the peace in Korea for decades is eroding under the shadow of Pyongyang’s nuclear capability. So, for now, Seoul and Washington seem to be betting that failure to respond to future attacks would further undermine deterrence and invite additional North Korean provocations. But both seem anxious not to escalate tensions and will likely focus on joint military displays to bolster conventional deterrence while rejecting Chinese entreaties for talks with Pyongyang.

My bets are off if North Korea attacks US military assets—for instance, in a future joint exercise—or targets peninsular South Korea.  But, for the moment, the bet in Seoul and Washington seems to be that common sense and Chinese leverage will set limits on rapid escalation by Pyongyang.

Still, that almost certainly means the crisis will sharpen US-China tensions.  The US continues to bet that Chinese leverage will set limits on escalation by Pyongyang and restrain further provocations. But China has shown scant appetite for coercing North Korea, and that seems unlikely to change in a fundamental way.  Indeed, while Beijing may well be privately telling the North to knock it off, those private messages have been sweetened by public displays of even-handedness and calls for “mutual” restraint. And with President Hu Jintao coming to Washington in about six weeks, this issue has rocketed toward the top of the US-China agenda. North Korea won’t crowd out every other piece of business, some of which will be positive.  But, like a growing number of issues in US-China relations, this one will produce more rancor than agreement.