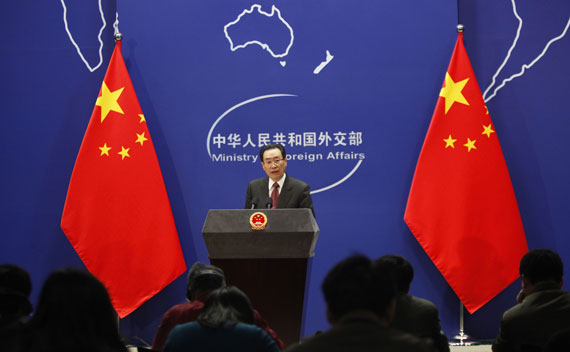 
My colleague Evan Feigenbaum hopes that China is embarrassed by North Korea’s recent unprovoked shelling of a South Korean island near the two countries’ border. The attack left several South Korean soldiers dead and injured more than a dozen civilians. I hope that China’s leaders are more than embarrassed; with the sinking of the Cheonan still fresh in everyone’s minds, this second North Korean attack should force a strategic rethink in Beijing.


Thus far, the message from Beijing has been mixed. China’s foreign policy officials seem locked in a time warp, urging calm and restraint and a return to the six party talks. Indeed, at least publicly, they are more critical of the United States and South Korea for their peaceful joint military exercises than of North Korea for its acts of aggression.

Yet a quick look outside official statements to some Chinese media reports and it is possible to see reason emerging. Global Times, which for the most part offers opinions well within government say-so, had a series of editorials reflecting some marginally disparate views. One argued that fault rested primarily with the poverty and insecurity of North Korea; a second suggested that North Korea is “drinking poison to curb its thirst…it is running head long down a road that leads to nowhere;” while a third opines that it is necessary that northeast asia “fix North Korea’s sense of insecurity” but that the “US has no such strategic desire.”

Further outside the band of political correctness, an opinion piece by a lawyer, Si Weijiang, in Caixin online, asks,“Why do we still help North Korea?” Si questions both the economic costs of supporting North Korea as well as the implicit belief that China needs North Korea as a buffer state. Analogizing to a dog and its owner, Si caustically remarks: “When the Latin American sons of b—–s grew fat next to Roosevelt’s side, they were passed down to the succeeding Presidents who were inexperienced in dog-feeding techniques. This encouraged defiance, and sometimes they bit their masters. Well, they deserve those wounds.” He concludes by arguing: “At the very least, significant assistance to a rogue nation like North Korea is decidedly not in the core interests of China, regardless of values or economic interest and, needless to say, the North Koreans.”

Presumably someone in Beijing’s upper echelons of power has learned the same history lessons as Si and is trying—at the very least—to get the dog back on its leash and help it learn how to behave.