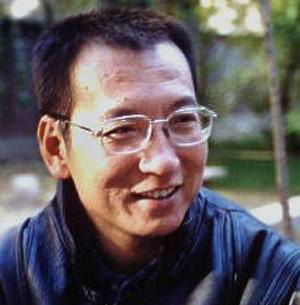 Human Rights Watch reiterated its longstanding call for the release of Liu, whom a Beijing court sentenced to an 11-year prison term on December 25, 2009.  His spurious "subversion" charges stemmed from his role in drafting and circulating Charter '08, an online petition which advocates putting human rights, democracy, and the rule of law at the core of the Chinese political system. Originally signed by 303 Chinese citizens, including rights defenders and legal activists, it has been widely circulated online and has now collected thousands of signatures. Prior to his formal arrest on June 23, 2009, Liu had been held incommunicado since his detention on December 8, 2008.

"This award will no doubt infuriate the Chinese government by putting its human rights record squarely back into the international debate," said Sophie Richardson, Asia advocacy director at Human Rights Watch. "But this Nobel Prize honors not only Liu's unflinching advocacy; it honors all those in China who struggle daily to make the government more accountable."

Human Rights Watch has characterized Liu's arrest as politically motivated, and determined that the conditions of his detention did not meet minimum standards of fairness and due process. A former professor of literature, Liu spent nearly two years in prison following the crackdown on the June 1989 Tiananmen Square protests. Following his detention in December 2008, which violated the minimum procedural guarantees specified under Chinese law, a group of prominent signatories, including several Nobel Prize winners, sent an open letter to Chinese President Hu Jintao urging him to secure Liu's release.

Liu's imprisonment is part of wider political hardening in China which began in the run-up to the 2008 Beijing Olympic Games. Since that time, the government has imposed long prison terms on high-profile dissidents on baseless state secrets or "subversion" charges, expanded restrictions on media and Internet freedom, and tightened controls on lawyers, human rights defenders, and nongovernmental organizations. Since early 2007, the Chinese government has also broadened controls on Uighurs and Tibetans; arbitrary detentions and enforced disappearances swelled both in Xinjiang and Tibet, and the practice of detaining people unlawfully in secret facilities known as "black jails" has continued.

"The Nobel Committee made an important decision this year to highlight a reality few want to acknowledge about China - that its government continues to persecute human rights advocates, lawyers, and journalists," said Richardson. "Liu Xiaobo epitomizes the Nobel Peace Prize ideals by never deviating from his belief in peacefully expressing universal ideals and speaking truth to power."

Human Rights Watch also reiterated its call for the Chinese government to release Liu and other jailed or "disappeared" activists including Hu Jia, Gao Zhisheng, Tan Zuoren and Huang Qi. Liu is arguably the most well-known government critic currently in prison, but he is one among many suffering similar - or worse - persecution.

"The Chinese government should see Liu Xiaobo as the Nobel Committee clearly does: not as an enemy or an embarrassment, but rather as someone whose courageous advocacy embodies the best of China," said Richardson.