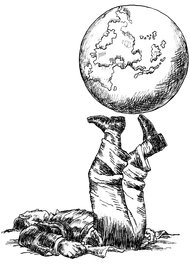 Japan and the Ancient Art of Shrugging

GROSS domestic product figures for the second quarter show that China has overtaken Japan as the world’s second largest economy. I have been traveling while on leave from the university in Tokyo where I teach, and was in Paris when the news broke last week. My first reaction, frankly, was one of relief. In English, perhaps, one might say it was “a load off my shoulders.”

In Japanese, people use the phrase “right shoulder up” to describe a graph that keeps going up, with each year’s figures rosier than the last. Of course, if that climbing line is someone’s right shoulder, it means the left is languishing somewhere out of sight. We’re seeing only half the person.

Reading the papers that morning at breakfast, I saw a graph indicating the point in the 1990s when Japan’s G.D.P. had peaked, after which the line started jagging down and up, over the long run comparatively leveling out. The relief I felt had something to do with the person I saw there, no longer so awkwardly bent. Finally we know where Japan stands — on level ground.

It’s not difficult to find similar graphs. One shows Japan’s natural population growth. Every year from 1910 to 1977, the population increased by more than 1 percent. Then the growth began to slow. In 2005, for the first time, the population shrank. Right shoulder down.

Another graph on rice production from 1878 to 1980 shows the point in the 1960s when Japan’s rice production began to decline. Decades before China overtook Japan, the country had started downsizing, preparing for a smooth landing.

Three years ago, I saw a television program about a new breed of youngster: the nonconsumer. Japanese in their late teens and early 20s, it said, did not have cars. They didn’t drink alcohol. They didn’t spend Christmas Eve with their boyfriends or girlfriends at fancy hotels downtown the way earlier generations did. I have taught many students who fit this mold. They work hard at part-time jobs, spend hours at McDonald’s sipping cheap coffee, eat fast food lunches at Yoshinoya. They save their money for the future.

These are the Japanese who came of age after the bubble, never having known Japan as a flourishing economy. They are accustomed to being frugal. Today’s youths, living in a society older than any in the world, are the first since the late 19th century to feel so uneasy about the future.

I saw young Japanese in Paris, of course, vacationing or studying, but statistics show that they don’t travel the way we used to. Perhaps it’s a reaction against their globalizing elders who are still zealously pushing English-language education and overseas employment. Young people have grown less interested in studying foreign languages. They seem not to feel the urge to grow outward. Look, they say, Japan is a small country. And we’re O.K. with small.

It is, perhaps, a sort of maturity.

The rest of the world’s population is still exploding, and we are coming to see the limits of our resources. The age of “right shoulder up” is over. Japan doesn’t need to be No. 2 in the world, or No. 5 or 15. It’s time to look to more important things, to think more about the environment and about people less lucky than ourselves. To learn about organic farming. Or not. Maybe you’re busy enough just living your life. That, the new maturity says, is still cooler than right shoulder up.

Of course, some people don’t see things this way. The old guard — those politicians who led the charge in the heady 1970s and ’80s and fought back (however pointlessly) against the economic stagnation of the ’90s — still want to compete. Those men, best represented in my view by Tokyo’s governor, Shintaro Ishihara, speak as if they are under siege. They hate being beaten by China. For them, it seems, maturity only means striving to be No. 1. They won’t change. They are too settled in an earlier stage of development, in a dream of limitless growth. But society matures around them.

The new maturity may be the province of the young Japanese, but in a sense, it is a return to something much older than Mr. Ishihara and his cohort. Starting in the 19th century, with the reign of the Meiji Emperor, Japan expanded, territorially and economically. But before that, the country went through a 250-year period of comparative isolation and very limited economic growth. The experience of rapid growth was a new phenomenon. Japan remembers what it is like to be old, to be quiet, to turn inward.

Freshly overtaken by China, Japan now seems to stand at the vanguard of a new downsizing movement, leading the way for countries bound sooner or later to follow in its wake. In a world whose limits are increasingly apparent, Japan and its youths, old beyond their years, may well reveal what it is like to outgrow growth.


Norihiro Kato is a professor of Japanese literature at Waseda University. This article was translated by Michael Emmerich from the Japanese.