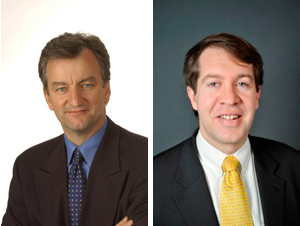 Handling Tensions on the Korean Peninsula


The Korean peninsula has been on edge following the May 20 release of the interim investigation report that fingered North Korea as responsible for sinking the South Korean warship Cheonan on March 26. The United States and South Korea will need to manage carefully the risks of any unintended military escalation.

Other than firing some coastal artillery and detaining a South Korean fishing boat that recently strayed into North Korea waters, Pyongyang has responded primarily with belligerent rhetoric and apocalyptic warnings. The recent ROK-U.S. naval exercises, for example, elicited threats of a "retaliatory sacred war." But by historical standards, such bombast is unexceptional. The recent North Korean provocations also pale in comparison to earlier attacks and skirmishes, most notably during the late 1960s when, among other things, the Blue House--South Korea's presidential residence--was attacked, or in the 1980s when the South Korean cabinet was bombed during a visit to Burma.

These far-worse periods of inter-Korean tensions never ignited another war, and the incentives to prevent this from happening are even greater today. South Korea fears losing its hard-won prosperity, while a much weaker North knows that it would never survive another major conflict.

Yet "we may be entering a dangerous new period" on the peninsula, as Lieutenant General James Clapper warned at his July 20 confirmation hearing to become the next director of national intelligence. Further provocations are conceivable. Pyongyang may feel that it is the only way to lessen growing diplomatic and economic pressure on the regime and that a campaign of carefully calibrated recklessness will intimidate the South, as well as China and the United States, into making various concessions to regain relative calm on the peninsula. Alternatively, if as some believe, the Cheonan incident was authorized by or at the behest of Kim Jong-Il's third son--Jong-Un--to burnish his credentials as heir apparent and win him the respect support of the military, then further operations can be expected to consolidate the succession process.

At the same time, however, it is clear from the South Korean and American response to the Cheonan incident that they have grown increasingly intolerant of such behavior and are predisposed to respond even more robustly to any future provocations, if only to maintain the credibility of their deterrent posture.

In such a charged environment, these various imperatives could interact in dangerous ways that heighten the risk of miscalculation, accidental interactions, and, ultimately, unintended military escalation. The lack of timely communication links to either the North Korean military or to the leadership in Pyongyang could also complicate efforts to bring a major crisis under control.

In these circumstances, the United States and ROK must continue their efforts to enhance vigilance of the North and lessen any defensive weaknesses that may tempt further provocative acts. Both countries must avoid military operations that only serve to goad or intimidate North Korea, however appealing that may be to those wishing to settle scores. For this reason, future exercises, patrolling activities, and command and control arrangements--including rules of engagement--must be regularly reviewed with this concern in mind. Finally, the United States and South Korea should explain to China that unchecked North Korean provocations require defensive military measures to maintain regional stability and underscore the need to strengthen dialogue with China on Korean peninsula issues, including among the respective militaries.