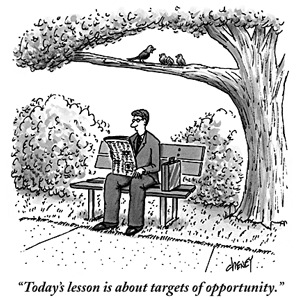 Posted by The New Yorker


In this week’s Comment, William Finnegan writes about illegal immigration. Today, Finnegan answered readers’ questions in a live chat. A transcript of their discussion follows.

WILLIAM FINNEGAN: Hello, everyone. Looks like plenty of questions, so let’s get started.

QUESTION FROM JOHNL.: Why is the public assumption: “illegals coming in bigger numbers every year” so far from the statistical realities?

WILLIAM FINNEGAN: Politicians can be pretty shameless about playing the fear card. You’re right, the fact is that illegal immigration has been declining sharply—it’s fallen by half in the past 5 years, roughly. But it hasn’t stopped, just slowed, and many people feel unnerved by the arrival of new immigrants in their towns and cities, and so they’re willing to accept vague stories about rising illegal immigration—and stories about rising violent crime associated with illegal immigrations, which are especially irresponsible, since they are also statistically untrue.

QUESTION FROM GUEST: Thanks for a great piece. My colleague at the Center for Global Development, Michael Clemens, has been arguing that the administration is wrong to frame this issue in terms only of a path to citizenship. Instead, he says, we should be exploring approaches to legalization that include a right to a prolonged stay, but not the full benefits of citizenship. This would solve many of the problems with people living here illegally, but might be politically more palatable than citizenship. What do you think?

WILLIAM FINNEGAN: There is a good argument for approaching immigration reform piecemeal, not trying to do a comprehensive bill, which can be held hostage by a few senators and congressional reps, the way health-care reform was for many months. Dealing with the green-card backlog, settling on a guest worker policy, and so on, rather than trying to put 11 million people on a path to citizenship all at once. But the great mass of the undocumented does have to be addressed sooner rather than later—and the terms the administration has been discussing, as in Obama’s speech in early July, sound tough enough that not everyone who is here now is going to qualify easily for citizenship.

QUESTION FROM FRED TINER: Yesterday’s story in the New York Times about evangelicals supporting amnesty or some form of citizenship was interesting. Do you think supports of these groups were one of the things missing from previous attempts to overhaul the system?

WILLIAM FINNEGAN: This issue, illegal immigration, creates a lot of strange coalitions. When the Bush administration failed to get immigration reform passed in 2007, the defeat was primarily at the hands of the Republican right, but there were other elements, including some labor unions, who turned against the initiative and helped defeat. Today’s pro-reform coalition includes CEOs of major corporations and the big labor unions, who don’t usually agree about much. Even Rupert Murdoch is on board with comprehensive reform—to the discomfiture, presumably, of many of his on-air employees at Fox News. And now these very conservative but pro-immigrant evangelicals you read about.

QUESTION FROM MIKE: Much of the knee-jerk reaction to illegal immigration centers on the perception that they use programs like Medicaid, food stamps, etc. I’ve read it is not as much of a problem as perceived b/c most would want to “stay under the radar” so many do not receive needed care. Any thoughts and stats on the use of public services?

WILLIAM FINNEGAN: There are reputable studies that back up both sides of this argument—that illegal immigrants are a net drain on the public coffers, that they are net contributors. The place where this argument has cut most deeply, I think, is around school financing. In California, when many older white voters began to believe, a generation and more ago, that their taxes were going to provide schooling to Latino children, whether legal or illegal immigrants or citizens, there was a tax revolt from which the state’s once-great public education system has never recovered. Other states are suffering similar backlashes against the perception that too much school money is going to immigrant kids? But what is too much? This is, to me, an incredibly shortsighted politics.

QUESTION FROM GUEST: The Arizona laws have struck many as ignorant, dangerous, unconstitutional…but what about the argument that Arizona was forced to act based on federal negligence?

WILLIAM FINNEGAN: I don’t know that Arizona was “forced” to act. The state has become a major smuggling corridor from Mexico—of both people and drugs—and voters obviously don’t like that, and supporters of this new law are hoping to reduce both the traffic and population of illegal immigrants by attrition and intimidation. It’s also true that the federal government has been paralyzed for nearly 25 years on the issue of illegal immigration. But the idea that the feds should be “sealing” the border, and helping Arizona out that way, is pure fantasy. It can’t be done. Border security now is probably about as good as it can get. What’s needed is a new, workable system of legal immigration—and the Arizona law of course has nothing to do with that. It’s pure enforcement—which is not where the problem is.

QUESTION FROM MICHAEL CLEMENS: Obama’s calculation appears to be that opponents of reform will be placated by the hurdles placed between today’s unauthorized population and citizenship (fine, language requirements, registration, etc.). From seeing many leading opponents of reform speak on this, such as members of the House Judiciary committee, I haven’t seen much evidence that this will constitute sufficient “punishment” to placate them. Speaking descriptively, rather than normatively, do you believe Obama’s proposal has a chance of being sufficient to overcome the negative visceral reaction many people seem to have to the idea of giving citizenship to “lawbreakers”?

WILLIAM FINNEGAN: I think you’re right—those politicians and voters who want to see “lawbreakers punished” won’t be persuaded by any hurdles the Obama administration places between illegal immigrants and citizenship if and when the immigrants are allowed to come in from the cold. But there are large constituencies—business, labor, Americans sympathetic to the struggles of immigrants and appreciative of their contributions, even the national-security-minded, who consider having 11 million undocumented residents, people living on the far side of the law, an unsafe way to run a country—who aren’t so keen on punishment. Whether those groups, and their disparate views, will be enough to carry major reform through Congress, most likely after the November midterms, I’m afraid I have no idea.

QUESTION FROM GUEST: Thanks so much for your article. I am a non-Hispanic American who teaches Spanish to very well-educated, bright students in a private school. However, I am appalled at the amazing ignorance of this issue that my students (and obviously their parents) have about this issue. Why has no one mentioned the idea that having illegal workers living here for generations with no access to healthcare —and more importantly— higher education, results in what is basically a “slave population”? The vast majority of my students use illegal Hispanic workers to clean their houses, tend their gardens, remodel their kitchens, wash their cars, prepare their children’s food (at school), all for minimum wage (or lower) without any benefits—how is this not a slavery?

WILLIAM FINNEGAN: Slavery is too strong a word, I think, but peonage might describe the condition of the Latinos in your community, as you so vividly describe it. And I certainly agree—it’s a social and economic set-up that’s bad for democracy, and falls far short of American egalitarian ideals, and leaving the immigration policy mess in limbo, as it is, with so many people undocumented, only helps perpetuate it.

QUESTION FROM VIRGIL DENNIS: The situation in the border states is clearly a problem and the response by the administration ie lawsuits to stop the states from doing their job of policing the border is crazy. Doesn’t an enitity have the right to protect itself if the “legal protector” is not doing it’s job?

WILLIAM FINNEGAN: I agree that the Justice Dept suing Arizona to stop the implementation of its controversial new law is going to be unpopular, especially in Arizona—although I don’t think it’s quite “crazy.” Immigration is a federal responsibility. Policing the border is not any state’s job—again, it’s the federal government’s job. The Arizona law is about immigration enforcement—not stopping people at the border, and certainly not deporting them. The Arizona situation may serve as a kick in the pants to the feds to get serious about immigration reform—in fact, I think it already has. But I also think the feds need to act to stop states from usurping federal constitutional authority—and usurping it, in this case, not out of the desperation about criminal aliens that anti-immigrant politicians in Arizona and elsewhere love to describe—because there is no such crime wave; but out of xenophobia, opportunism, and worse.

QUESTION FROM JOHN: Has anybody asked oponents of immigration reform what alternatives they have in mind besides mass deportations?

WILLIAM FINNEGAN: Good question. And there are plenty of answers out there—most of them about increased enforcement, increased border security, and the mass deportations you mention—all needed, their proponents say, before we can talk about reform. But I believe mass deportations will never happen—not unless we want to live in Pinochet’s Chile—and I also believe the border is about as secure as it’s going to get. The Great Fence now extolled by John McCain and others is a failure and a boondoggle. Probably the most secure border we’ve ever seen was between East and West Germany during the Cold War. The East Germans had 700 watchtowers, laid a million landmines, created a vast, seemingly uncrossable no man’s land, and gave their enormous numbers of guards shoot-to-kill orders. Still, 1,000 people used to make it across each year. A totally secure border between unequal economies is a fantasy, and in practice an evil one.

QUESTION FROM THEA MARSHALL: Do you think the folks who are so anti-immigrants, legal or illegal, are terrified that the “white majority” is in danger of becoming the “white minority?

WILLIAM FINNEGAN: It’s hard to know what’s in people’s heads. Anti-immigrant demagogues like Pat Buchanan like to emphasize the cultural or ethnic or racial “swamping” aspect of immigration from anywhere but Europe. Buchanan once wrote, of his white fellow-Americans, “America was once their country. They sense they are losing it. And they are right.” I couldn’t agree less about the danger to America’s essence presented by immigrants, whatever their race or ethnicity, but globally, it’s a time of unprecedented migration—all part of “globalization”—and the U.S. is actually not receiving more immigrants per capita than many other countries are. But it’s hard for many people—the upheaval, the change all this migration represents—and that unease is easily exploited, particularly in America among whites, who will, as you say, eventually no longer be the racial majority they’ve been for centuries. I hope President Obama is helping us get used to that—although, at the moment, he also seems to be something of a lightning rod for a lot of white conservative anxiety.

It looks like our time is up. Thank you all for great questions. I wish I could have gotten to more of them. Goodbye.