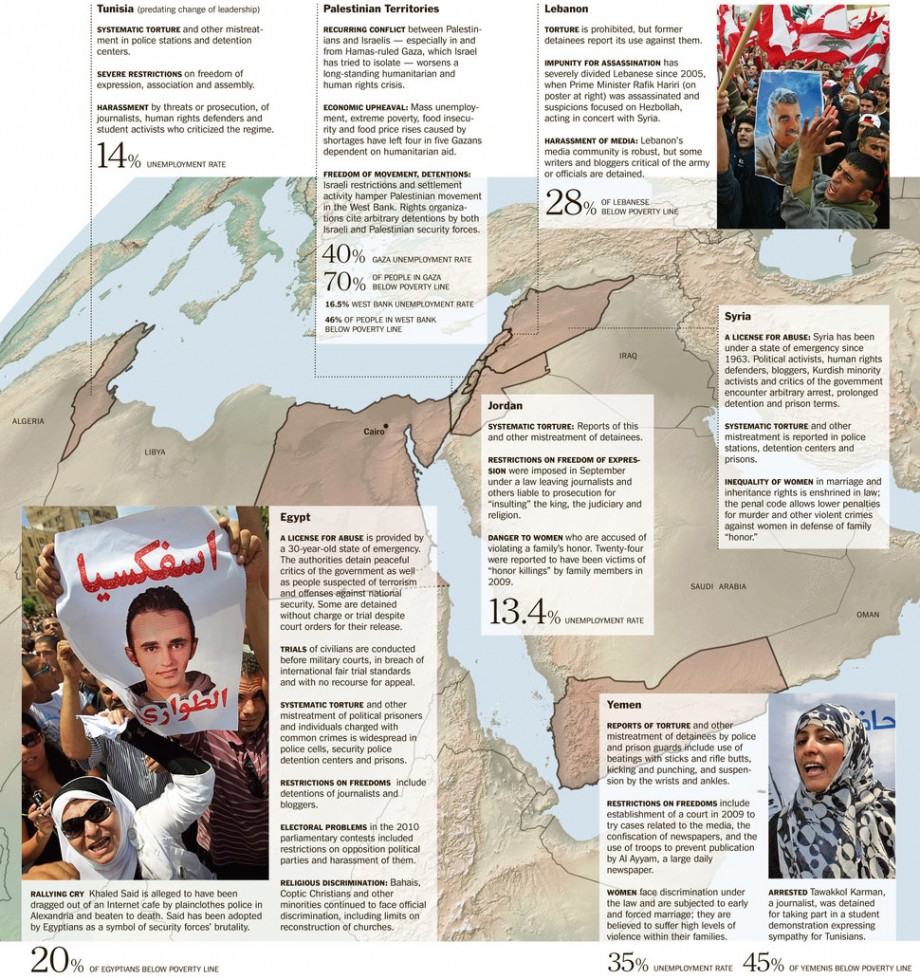 Why the Arab World Is Seething


Egypt is not alone. Fed by the example of Tunisia, whose leader was driven from power by demonstrations last month, anger has begun to boil over, or threatens to do so, across a number of Arab countries living under authoritarian rule or, in the Palestinians’ case, in a state of intermittent conflict. While the fury has varied roots, clues to its depth are offered by snapshots of rights violations reported by Amnesty International and Human Rights Watch in the region during the last year. PDF Version &raquo;